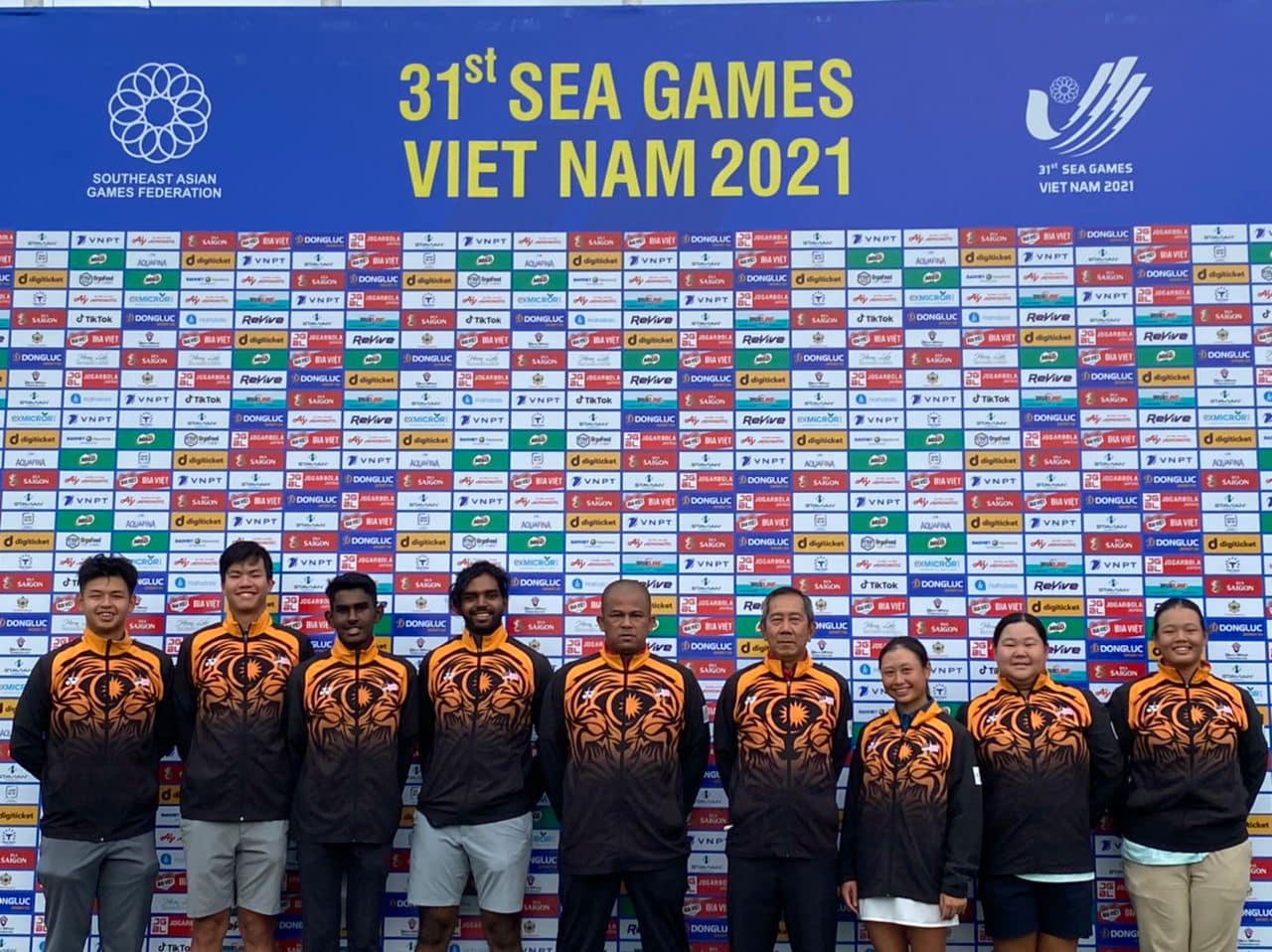 It was nail biting and nerve wrecking matches in the Final between Malaysia and Thailand. The players from both teams gave their all and went toe to toe up to the final holes. Ervin was 1 down up to 9th hole when he managed to even the match. He played brilliantly in the back nine to win his match against Weerawish Narkprachar 2&1. Marcus who played steadily up to 16th hole had to concede his match to Ratchanon Chantananuwat. However, Raasrikanesh pulled a stunning win against Pongsapak Laopakdee 1up to secure Malaysia’s second Gold Medal in the SEA Games 2021.

The Malaysian Women’s Team comprised of Mirabel Ting and Jeneath Wong breezed through their Quarter Final against host team, Vietnam with 2 points against 0 to reach the Semi Final to meet Singapore. The duo played brilliantly against Singapore 2/0 to secure their slot in the Final to meet Thailand. Mirabel Ting and Jeneath Wong played brilliantly but had to concede the win to the more experienced Thai players 0.5/1.5. It’s a successful outing by the Malaysia’s Women Team to clinch the Team Silver Medal.